Peter Kogan began musical studies at age six on the violin, added piano at age eight and drums at age ten.  A year later he began serious study with Saul Goodman, timpanist of New York Philharmonic, who would continue to mentor him through high school and undergraduate study at Juilliard.  He completed studies at the Cleveland Institute of Music under the tutelage of Cloyd Duff of the Cleveland Orchestra. He joined the Cleveland Orchestra under George Szell in 1969 as Section Percussion.  Three years later he was appointed Principal Percussion and Associate Principal Timpani of the Pittsburgh Symphony.

In 1977 his passion for jazz blues and rock got the better of him, and he left the Pittsburgh Symphony to spend six years in New York City as a drum set player and composer.  He backed up Blues legends Lightnin' Hopkins, Honey-Boy Edwards and Jimmy Whitherspoon, groups such as the Drifters and the Crystals, and Rock and Roll legend Bo Diddley.   He also performed with the Larry Elgar big band and wrote for and performed with the fusion band, Scratch n' Sniff.  His work in New York received recognition in a profile that appeared in Modern Drummer  magazine. He joined the Honolulu Symphony as drum set player and timpanist in 1984, and joined the Minnesota Orchestra as principal timpani two years later.

Kogan served on the affiliate faculty of the University of Minnesota School of Music, and the Symphonic Committee of the Percussive Arts Society.  He designs and builds Klassischewienerpauken ™ (Classical Viennese timpani) and HESSICHE BAROCK PAUKEN (Hessian Baroque timpani) for historically appropriate performances.  His drums and restoration service can be seen at peterkogantimpani.com

Kogan was heard around Minnesota with  The Minnesota Orchestra Jazz Quartet.  He retired  from the Minnesota  Orchestra  on November 1, 2015,  but continues as timpanist of the Lyra/Baroque Orchestra.   The Peter Kogan Quartet and Septet (THE MONSTERFUL WONDERBAND) are now performing regularly at clubs around the Twin Cities.

His CD of original jazz compositions  - "Peter Kogan, CORNUCOPIA" -  was released in 2013.  another CD of his tunes  - "SOME MONSTERFUL WONDERTHING" -  was released July 31, 2015.  It was named one of the "Top 10  Jazz Albums of the  Year" in the Minneapolis Star Tribune  annual critics poll.  Kogan's albums  are available on line  at  peterkoganmusic.com  and on amazon.com and cdbaby.com and many streaming services. THE GREEN ALBUM  was released November 26th, 2018.

Peter's newest CD "JUST BEFORE MIDNIGHT"  was released in April, 2022. 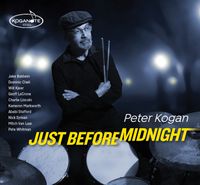 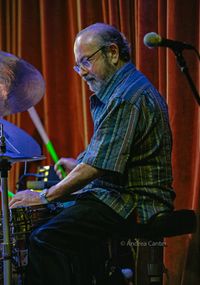